I believe in the life well-lived. I am an engagement and wedding photographer based in Boston with a severe case of wanderlust. I love that my job allows me to travel frequently throughout New England, the Cape and Islands and beyond.

Learn About the Wedding

Susan and Joe’s Arnold Arboretum Engagement Session will be featured on Honeysuckle Brides this January. Here is a sneak peek of some of my favorite photos along with their engagement story!

The last week of fall semester of organic chemistry lab, Susan and Joseph’s professor finally decided it was a good time to go around the classroom and have everyone introduce themselves. Their first encounter was at the elevator after lab had ended. Joseph had let the ladies board the elevator first before he did. Susan thought this was a nice gesture and noticed he was very well dressed and very handsome. Fast forward to a month into spring semester, Susan worked up the courage to send Joseph a Facebook friend request. His initial reaction: “Who the heck is this?” And the rest is history… Or chemistry rather 🙂

After graduation, Susan went off to grad school and every winter break, the two of them go away as a mini celebration for the end of the semester. They had planned to go to Disney World for a family vacation and Susan had a feeling that Joe might pop the question. The morning of January 2, 2017, they made reservations at Cinderella’s Castle for breakfast. They arrived to the area where everyone usually gets their picture taken, so two of them decide to stop by the Disney photographer for a photo opp. The photographer was taking an awful lot of pictures, telling them how to pose but it was when he told Susan and Joe to hug each that Susan realized Joey’s heart was basically beating out of his chest! Joe backs away and says, “I have one more pose…” Susan actually doesn’t remember what Joe said exactly but he got down on one knee and asked her to marry him.

Susan envisions their wedding as having an elegant boho garden-y vibe with a geometric theme. Their wedding invitations even have a geometric shape in them, which reminds them of organic chemistry. They have an outdoor ceremony planned that will take place among the trees. The dreamy Arnold Arboretum in Boston was the perfect setting for their engagement session which fully encompasses the vibe + tone that they are planning for their wedding. 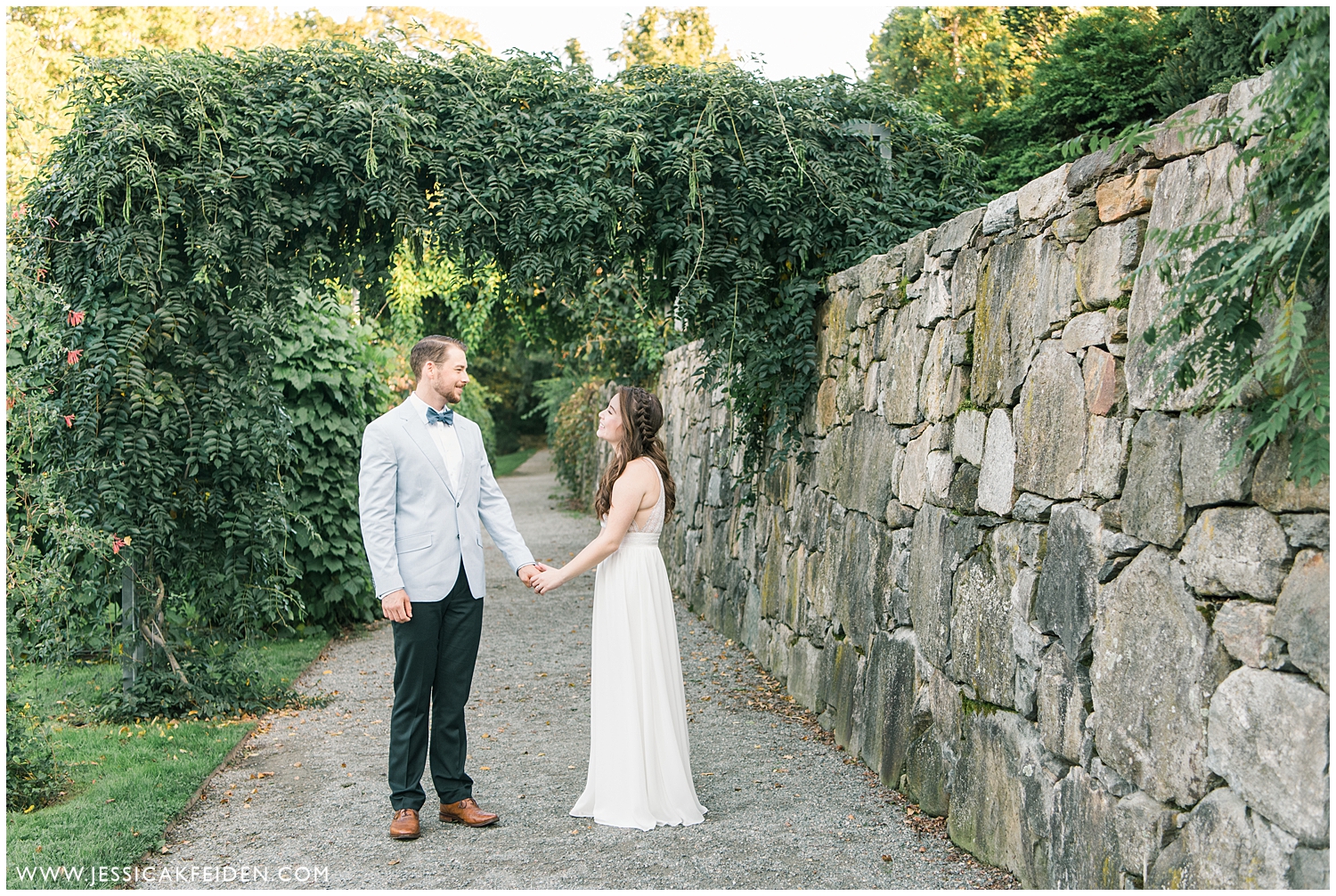 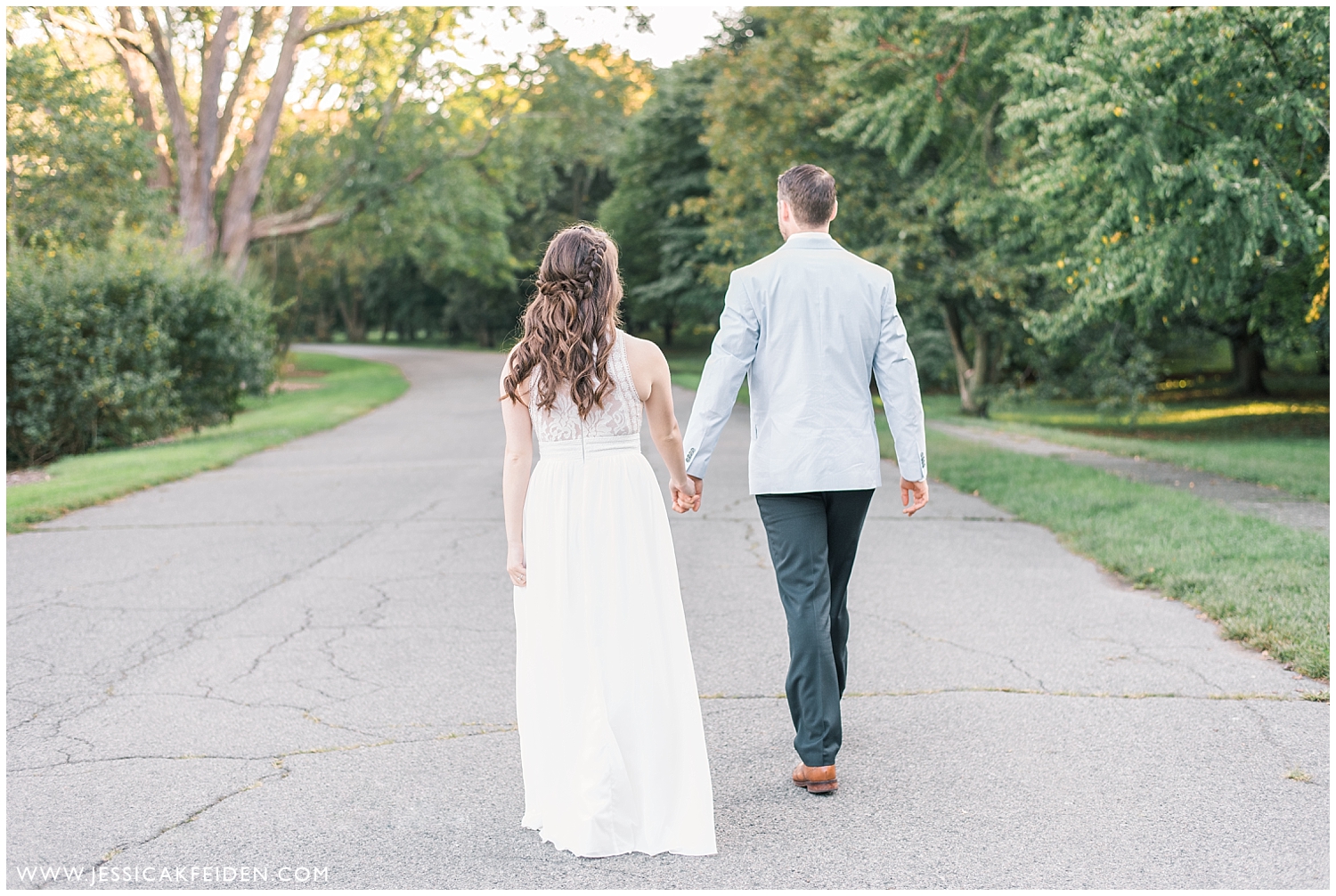 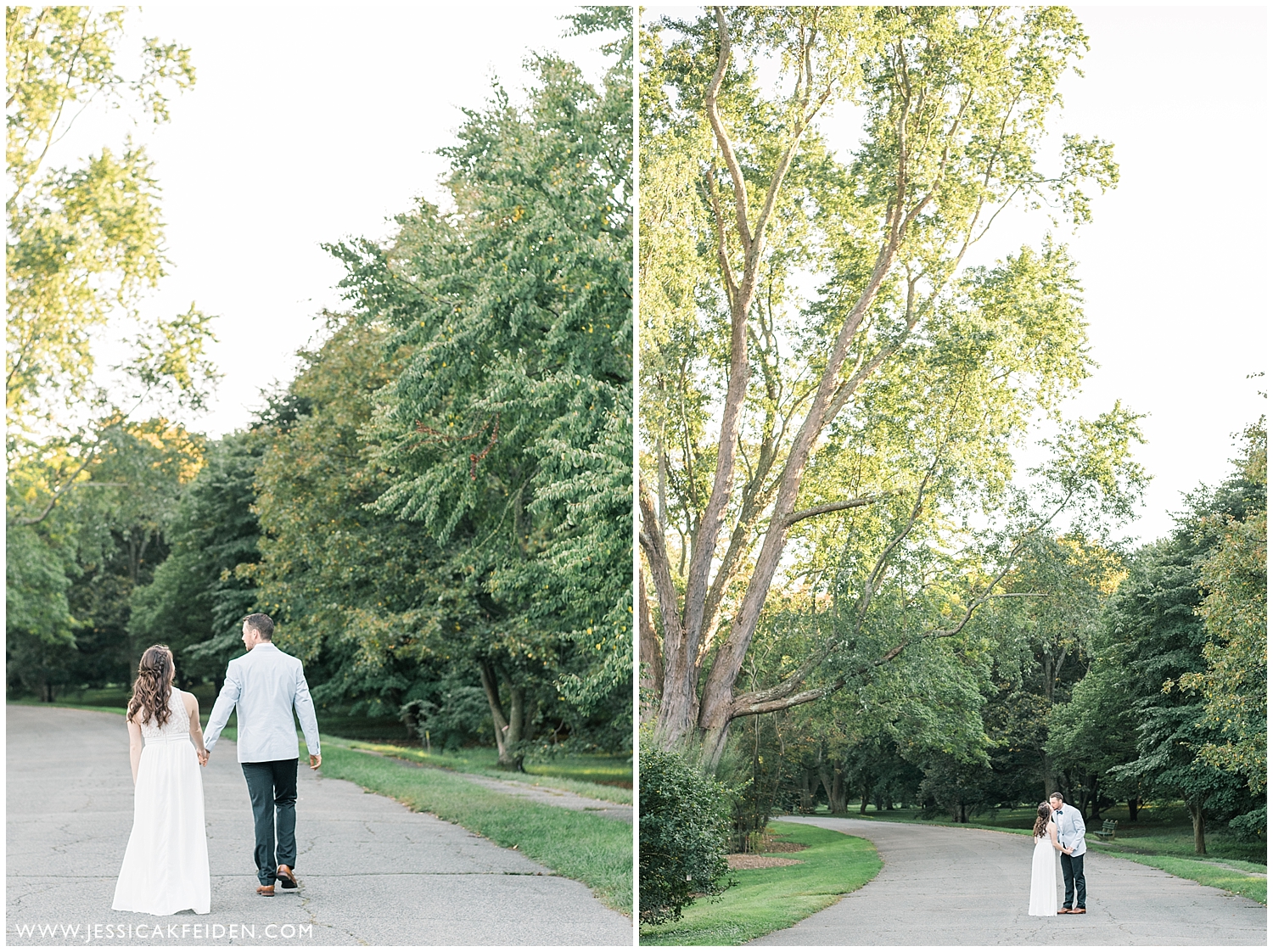 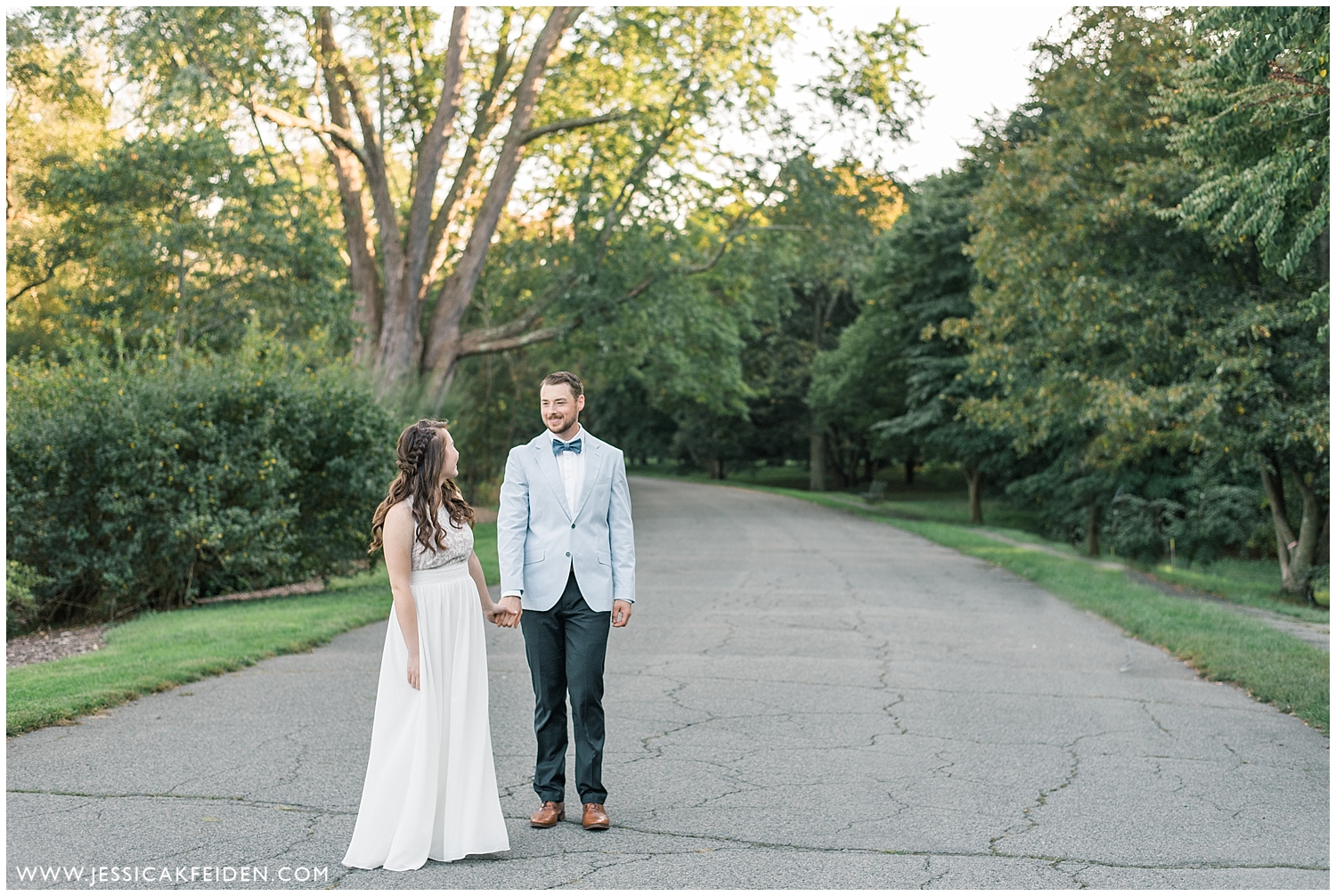 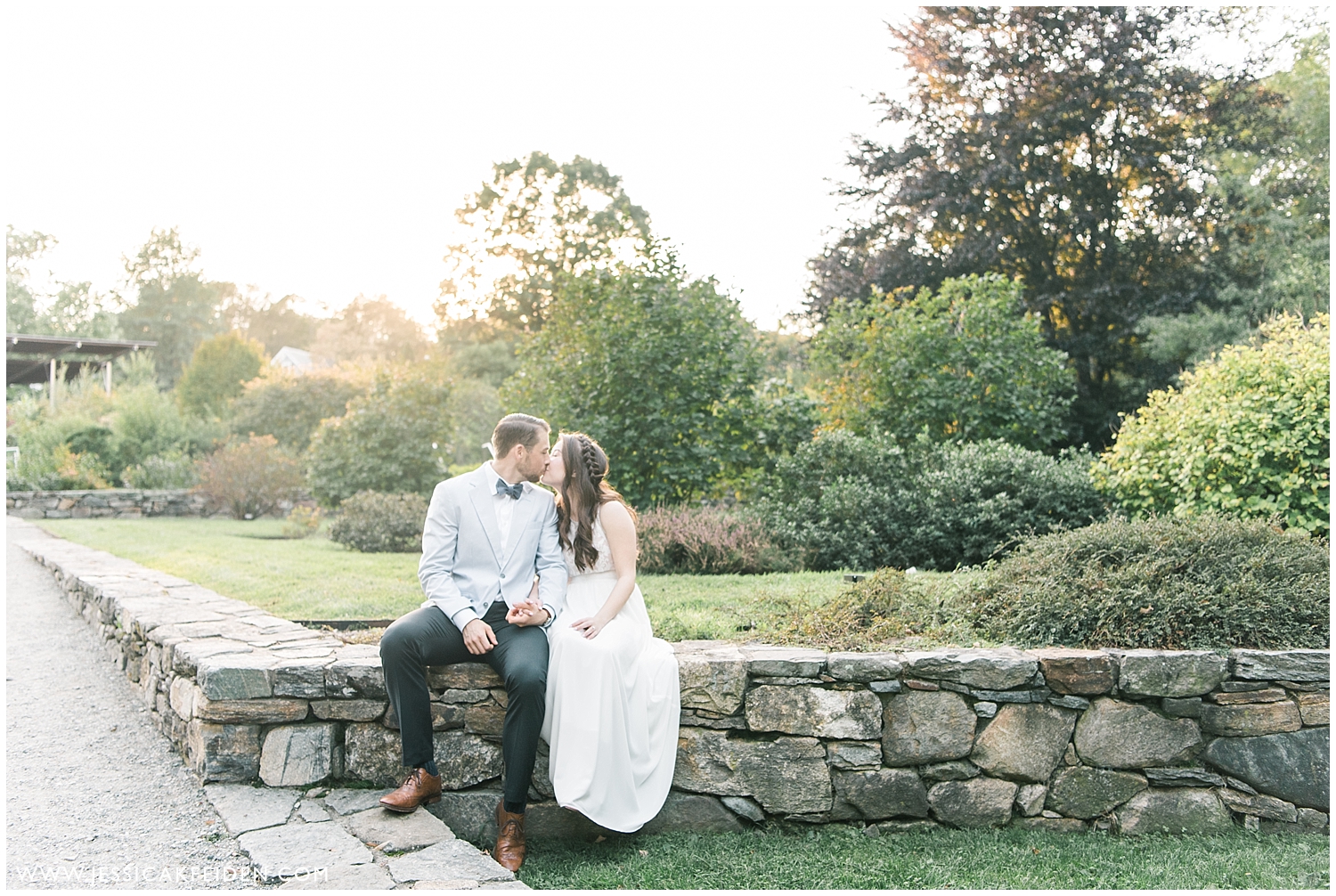 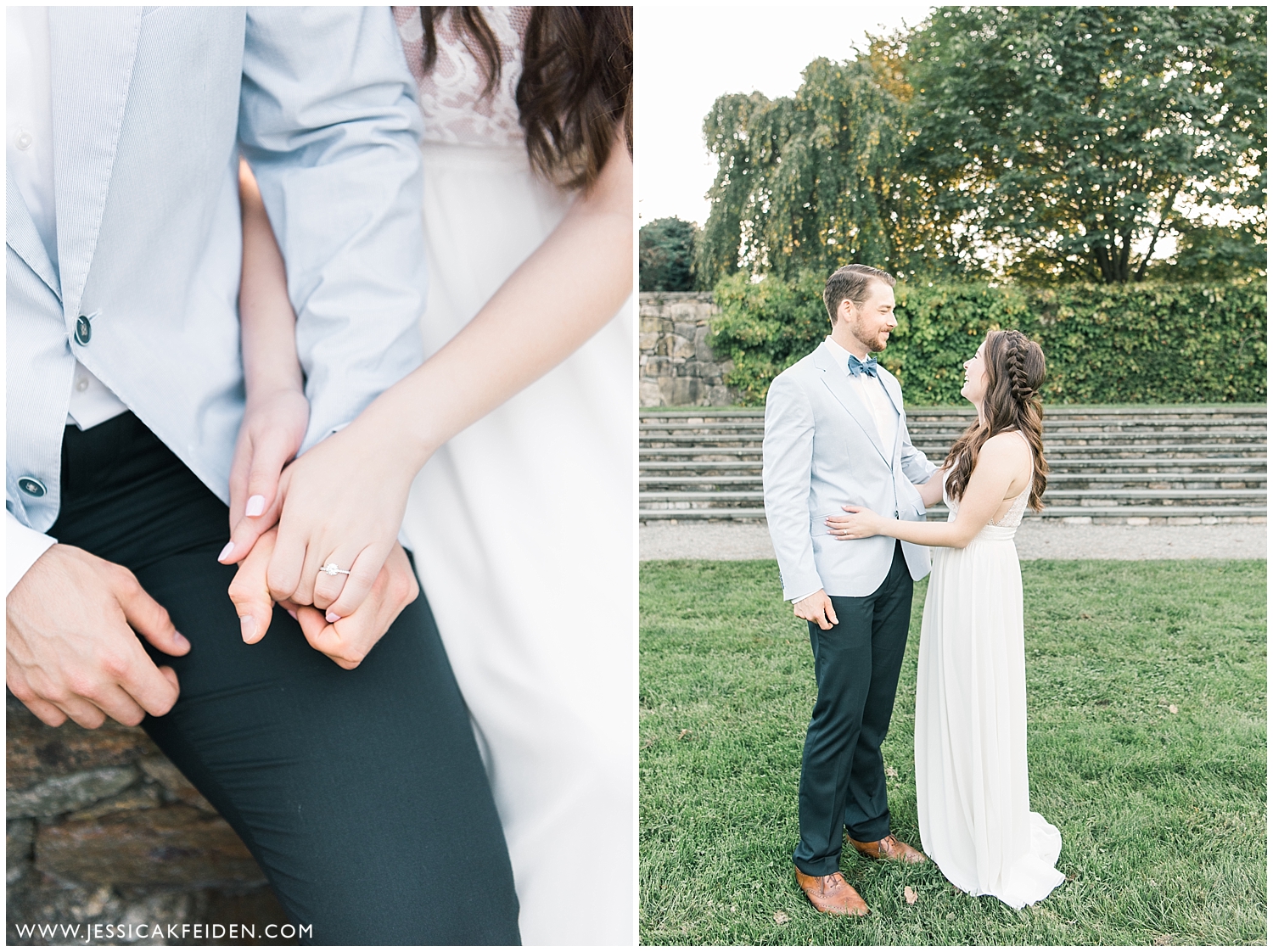 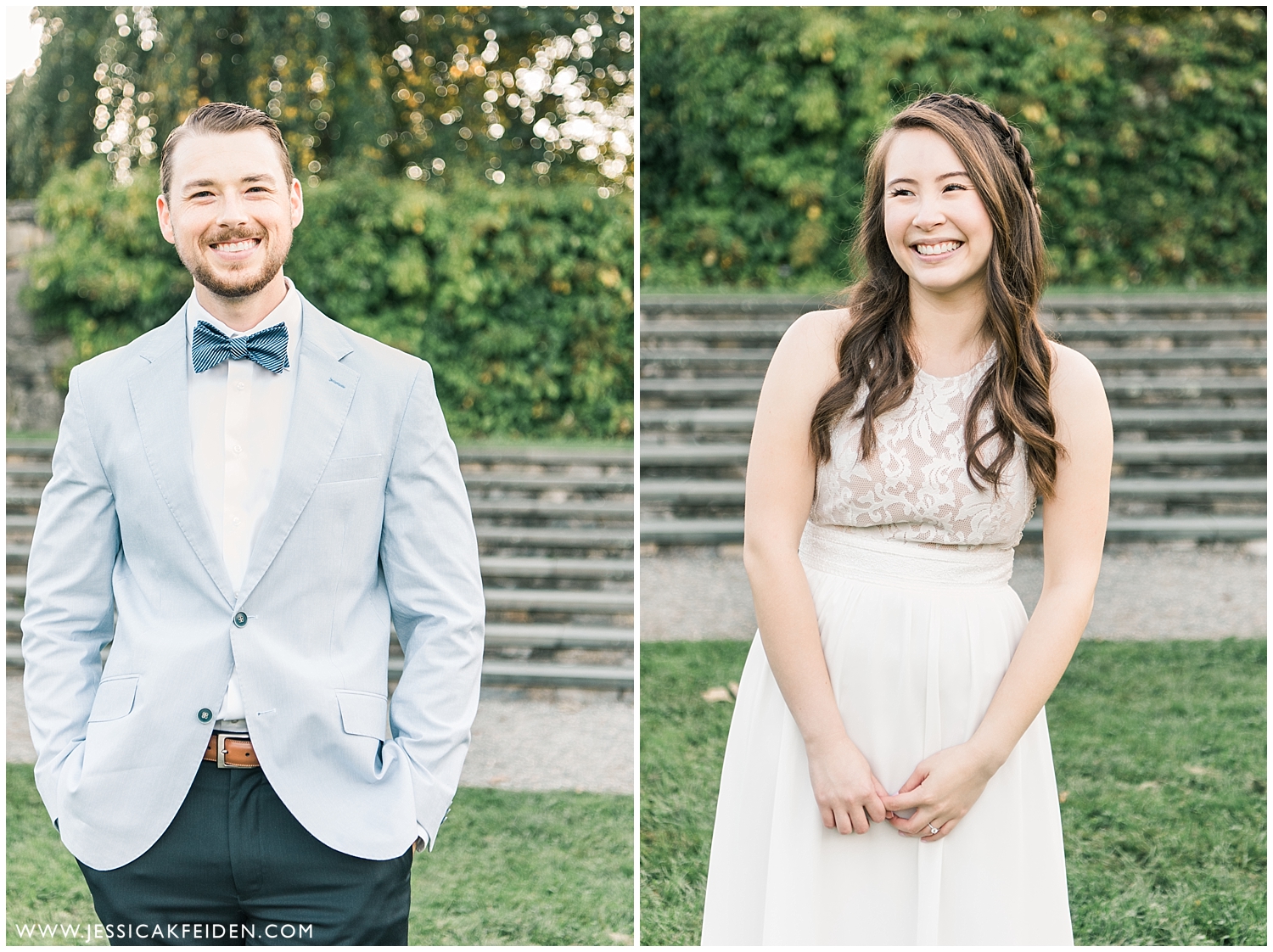 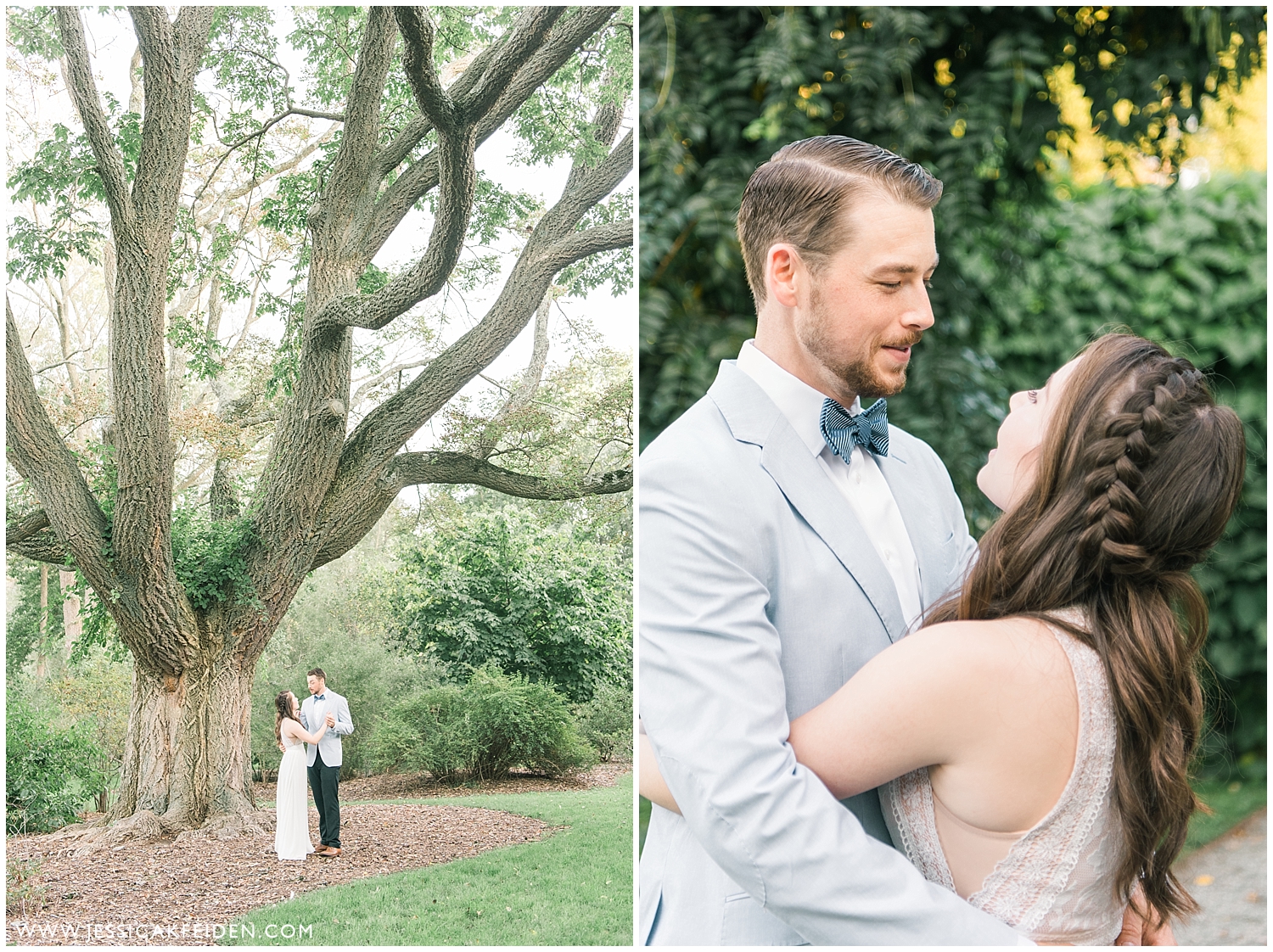 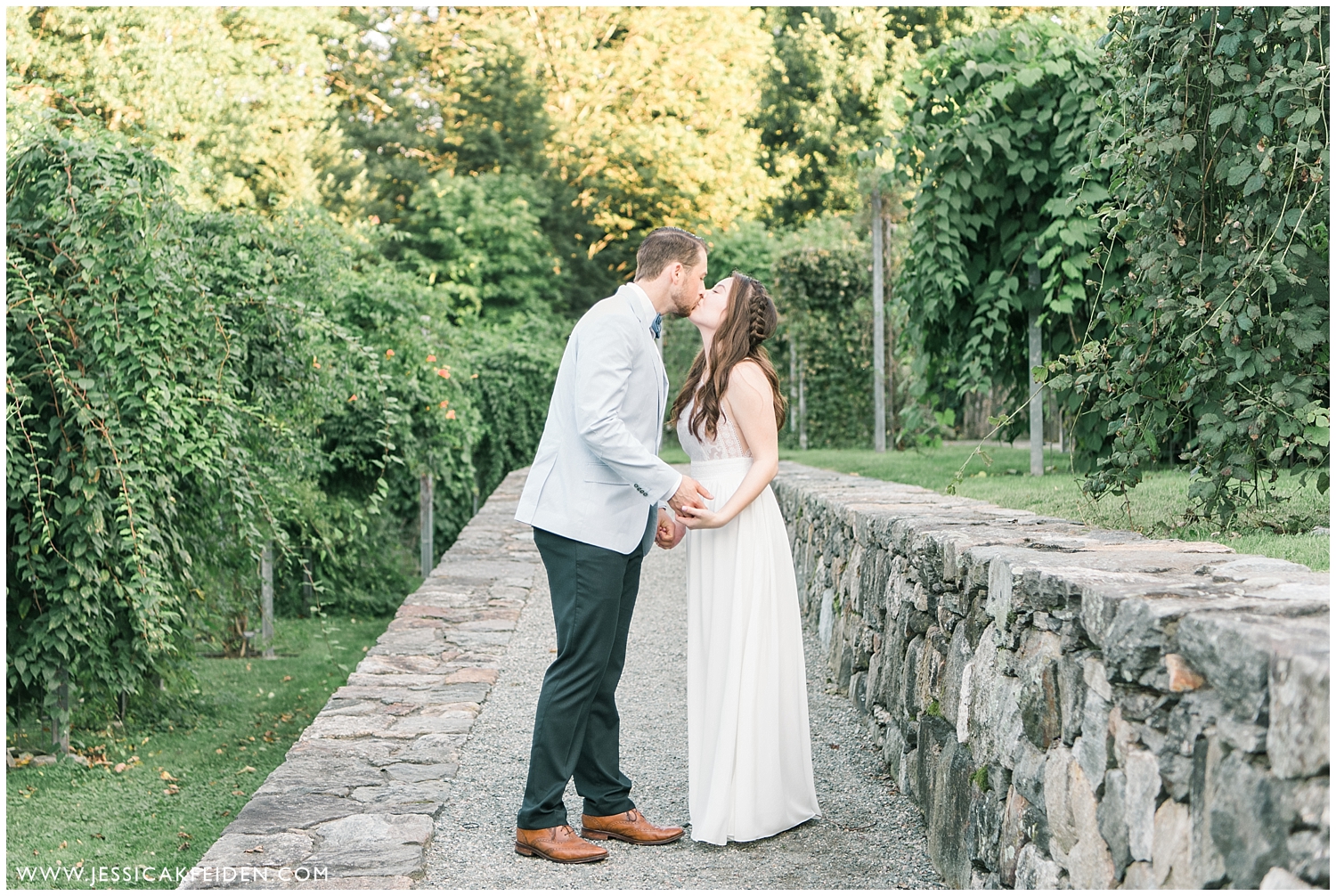 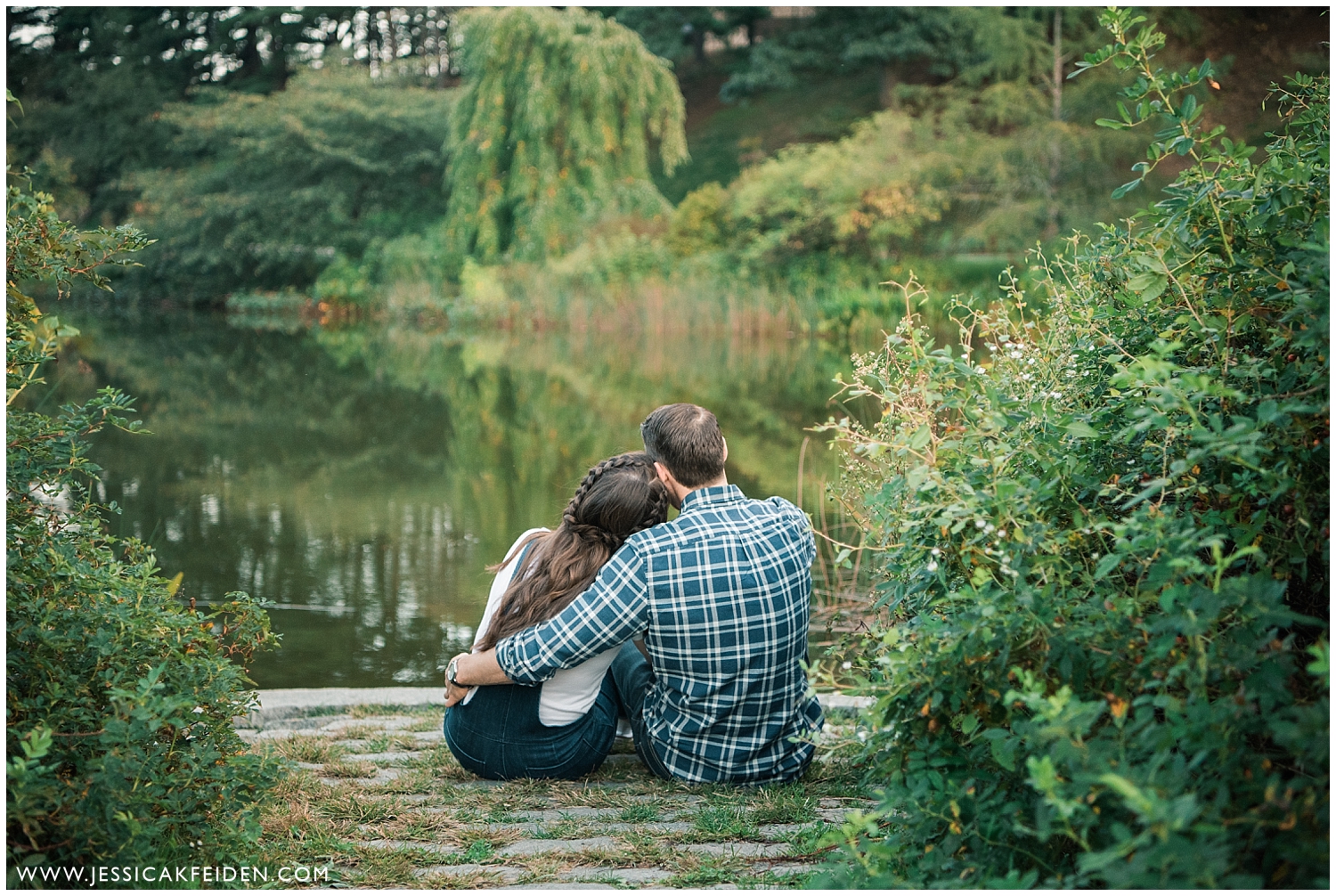 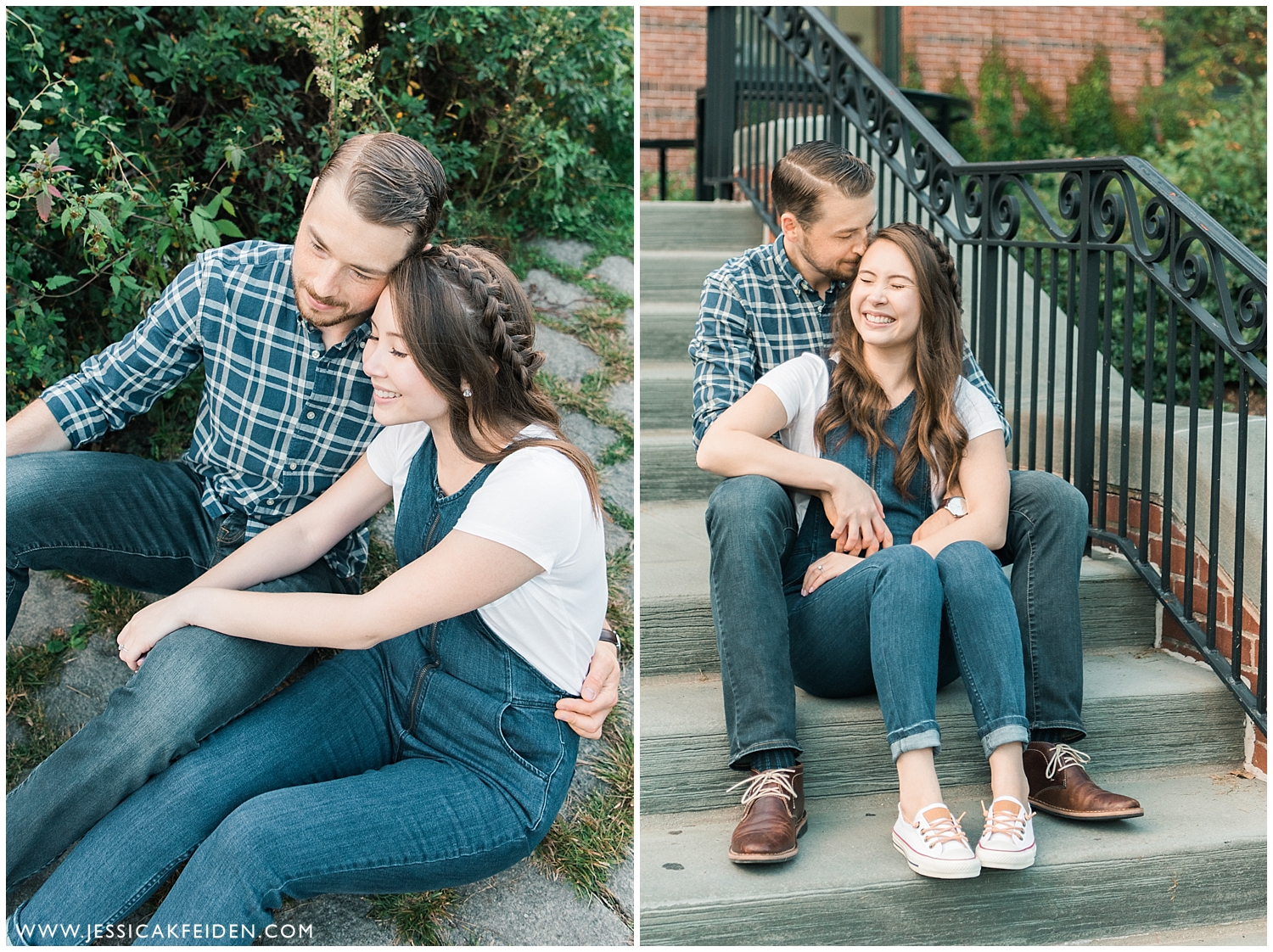 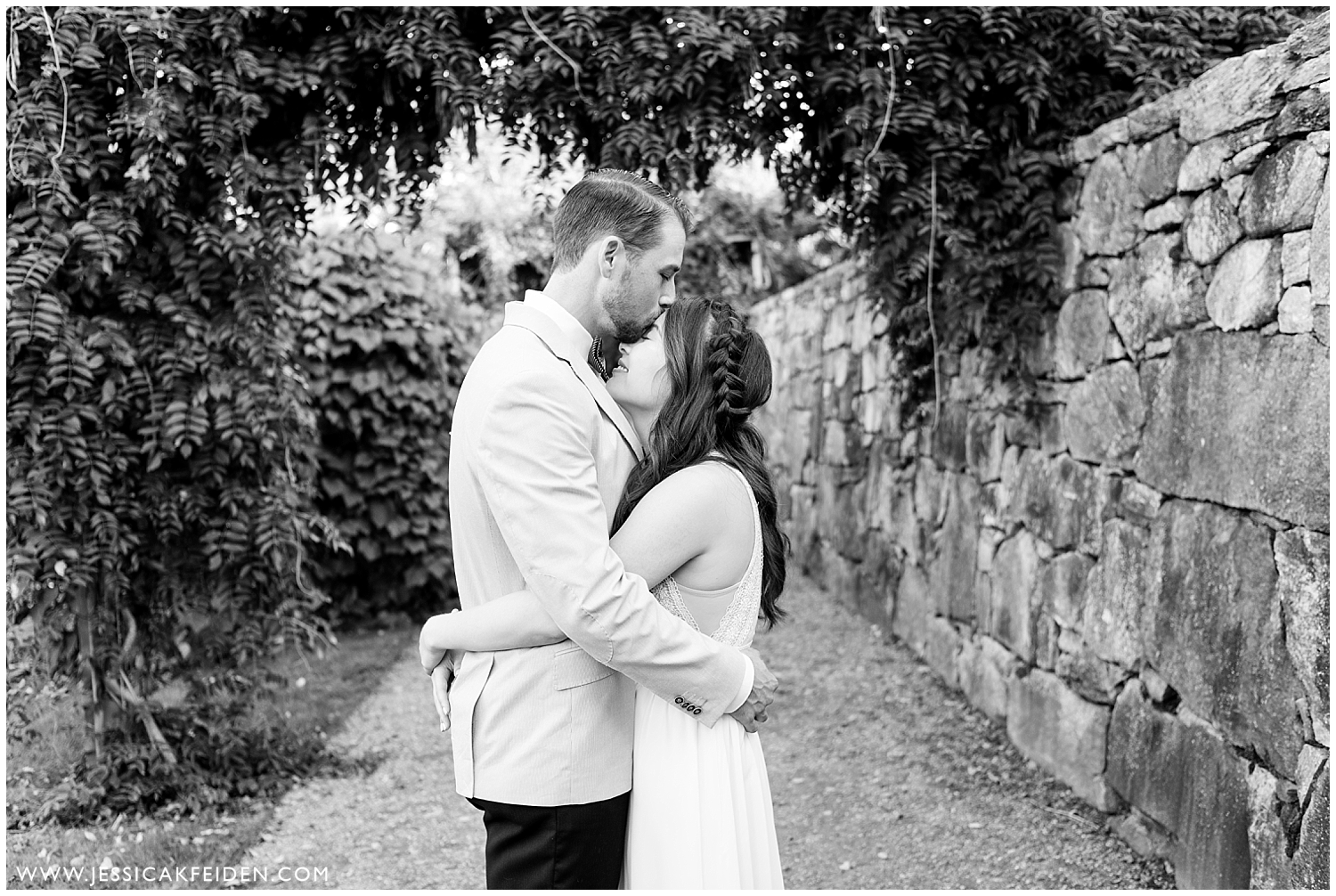 She captured some of the most special images could have ever imagined and we will treasure them forever.